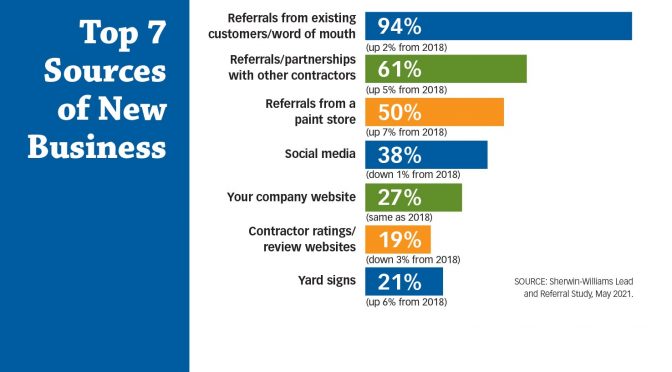 To research how people find and evaluate professional painters prior to hiring, Sherwin-Williams has conducted a Hiring a Painter or Contractor Study through its DIY Advisory Panel in 2013, 2015, 2018 and in the second quarter of 2021.

Overall, this year’s results are quite similar to the 2018 study for those who’ve ever hired a painter, though significantly more respondents indicate that they’ve ever hired a contractor, particularly within the past year.

A few other notable differences:

The Sherwin-Williams Lead and Referrals Study has been conducted every few years since 2012, with an objective to determine how professional painting contractors get new customers. The most recent was completed in the second quarter of 2021 through the Sherwin-Williams Pro Advisory Panel, which focuses on painters with 25% or more of their business in existing residential. 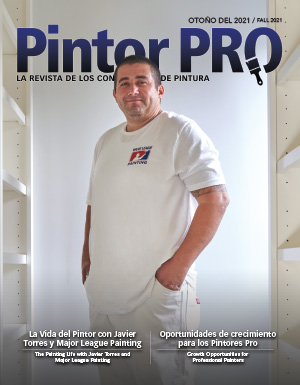 Pintor PRO is published on behalf of the Sherwin-Williams Company for owners and managers of commercial and residential painting companies.