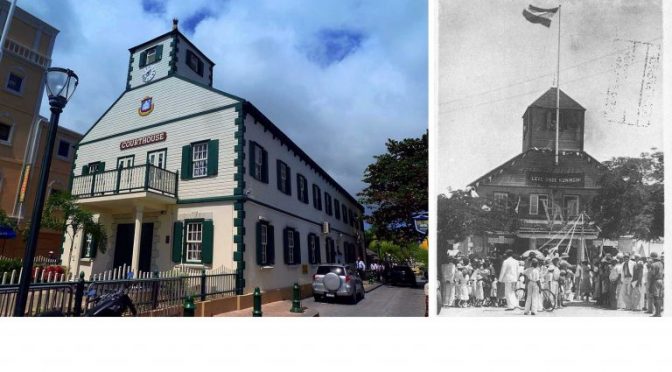 Over its long history, the Constitutional Court of Sint Maarten has been battered by bad weather and numerous catastrophic storms. In each case, painters have helped restore the landmark property’s age-defying beauty.

According to the Red Cross, nearly a third of the buildings on the island – which is located about 90 miles east of Puerto Rico – were destroyed and more than 90 percent of the structures on the island had been damaged.

One of the island’s oldest buildings is the Constitutional Court of Sint Maarten in the capital city of Philipsburg. Originally built in 1793, the landmark courthouse building sustained extensive damage. But it survived the storm.

The long process of renovation begins

In 2019, the Leeward Island Construction Company (LICCOM) was approached by representatives of the Sint Maarten government to bid on the first phase of the renovation. LICCOM was awarded the contract and began the extensive restoration process by replacing doors, windows and shutters. Painting was the final phase of the project.

“For this part of the job, we selected Sherwin- Williams as our paint supplier and advisor,” says Harry van Splunder, project manager at LICCOM. The local Sherwin-Williams team led by Shasa Lake provided coatings recommendations and a color schedule, and performed several job site surveys throughout the progress of the project.

“Sherwin-Williams did a great job in providing us with advice, technical documentation, job-walk reports and, of course, a lot of unsurpassed Sherwin-Williams paints,” van Splunder says. “After this paint job, this courthouse has been restored to its original beauty and will without any doubt be the most photographed building in Philipsburg again.”

Resilience® to the rescue

LICCOM used a coatings system of Loxon® Concrete & Masonry Primer/Sealer with a topcoat of Resilience® Exterior Acrylic Latex to provide exceptional weather resistance and durability for the historic property.

Resilience is formulated with exclusive MoistureGuard™ Technology for revolutionary moisture resistance in half the time of traditional latex paints. This enables contractors to paint later in the day with confidence and less concern about dew or impending rain. A mildew resistant coating, it offers outstanding hide, coverage, durability and dirt resistance. This paint is also available in Sherwin-Williams VinylSafe® colors.

On the interior, LICCOM used Harmony® Interior Acrylic Latex on walls and ceilings, and All Surface Enamel Latex on wood trim.

Read about other successful professional painting contractors in the Pintor pro magazine archive. 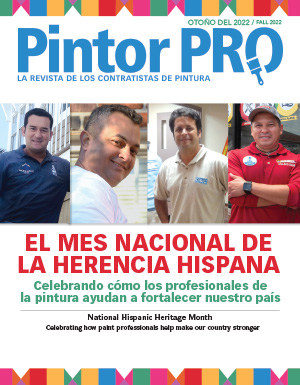